If you’re looking to take up a plant-based diet, you probably already have some good reasons to do so, but you might also be bombarded with arguments not to from friends or family.

The good news is that most of these arguments can be debunked and we’ve put the most common ones to the sword, so that you can make your own mind up.

The Most Common Anti-Vegan Arguments Debunked

A Vegan Diet Does Not Mean Going Without Protein

You’ll hear “where do you get your protein from?” a lot, when you’re on a vegan diet but the answer is pretty obviously, “from plants.”

Just like elephants do, and giraffes, and gorillas, and cows, and horses, etc.

You get protein in beans, peas, lentils, nuts, grains and more.

Heck you can even be a vegan bodybuilder and consume a high protein vegan diet if you design your diet properly.

Vitamin B12 Doesn’t Come From Plants?

This is true, but so what? Now, you can get Vitamin B12 from a pharmacy that was produced by bacteria.

It’s the same Vitamin B12 that every animal needs.

This argument was good before we worked out how to synthesize Vitamin B12 but now? It’s bunk.

You Don’t Need Milk To Get Calcium

It’s worth noting that it’s true that you have to work a little to get enough calcium on a vegan diet but you don’t have to work hard.

Most dark, leafy greens such as spinach and kale contain plenty of calcium. Eat those.

We agree that some vegans eat a high-grain diet which does tend to monoculture farming.

But this is a bit like finding a carnivore that only eats beef and then claiming people only eat cows.

Veganic farming is sustainable and kind to the planet.

You can eat a hugely mixed diet as a vegan too, check out our favorite vegan cookbooks or take a look at these vegan gummies for evidence.

A Vegan Diet Doesn’t Have To Mean “High Carb”

Most vegan diets do contain plenty of carbs, but it’s important to note that a healthy vegan diet can contain carbs without it being bad for you.

The bad carbs are processed sugars in poor low-nutrient foods.

The good ones are in veggies, fruits, whole grains, etc.

And it’s perfectly possible to cut out carbs to a large extent on a vegan diet, vegan keto is a real thing.

Omega-3s aren’t just found in fish. In fact, they can be found in plants too.

However, we confess that it’s not always practical to eat a diet rich in such plants depending on where you live, your budget and the seasons.

You can take vegan omega-3 supplements when needed and they’re very reasonably priced.

You Don’t Have To Be An Anaemic Vegan

You’ll hear that there’s not enough iron in plant-based foods but it’s just not true.

You can find iron in beans, cashews, quinoa, and more and if you consume them with foods that are rich in vitamin C?

Then, you’ll boost your uptake of iron in the body.

Supplementation Is Not Unhealthy

Yes, we know, because Vitamin B12 must be taken as a supplement in a vegan diet, vegans are obviously unhealthy, right?

In fact, the only reason that most animals contain enough Vitamin B12 to keep omnivores and carnivores healthy?

It’s because they feed the supplements that vegans take for Vitamin B12, to the animals to ensure they have enough B12.

So, meat eaters are basically eating the same supplements but just after they’ve been eaten by their food.

There’s nothing unhealthy about supplements.

Vegans Don’t Have Any Problems Bulking Up

This is a persistent myth, but it’s not one based in fact. In fact, many vegans are in sports which require them to be bulked up.

When they made the playoffs, The Tennessee Titans had more than half the team on a vegan diet.

It’s true that some products in your life will have been tested on animals, particularly medicines, that you can’t live without.

That’s OK. Veganism isn’t some inflexible credo that demands you die for your principles.

Vegans cut out products that exploit animals as far as it’s practical or possible to do so. That’s it.

We avoid animal cruelty wherever possible, but there’s no need to sacrifice your life on the altar of veganism.

It is true that like most mammals, cows seem to quite enjoy expressing milk when their mammary glands are full.

But that doesn’t mean that cows enjoy being forced into indoor shacks, forcibly impregnated, having their offspring slaughtered and then being milked non-stop for 10 months, before the same cycle is repeated again and again and again.

As we said earlier, the point of being vegan is to cut down on animal products wherever possible.

If you do have a medical condition that prevents you from going 100% vegan, it’s OK to eat whatever you need to survive.

Though we’d suggest talking to a dietitian and seeing if there are any alternatives to the meat you need before accepting your fate.

Going animal-free is a personal choice. We’re not here to push a dietary choice on anyone but it’s worth noting that most arguments against going vegan? They’re not based in fact.

That means you can arm yourself with the information above and justify your decision to go plant-based if that’s what you want to do.

Either way, you’ll be more informed about plant-based eating and that’s always a good thing. 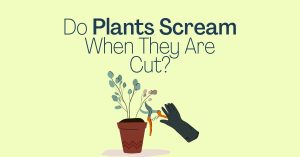 Do Plants Scream When They Are Cut? 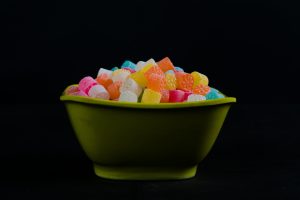 5 Best Plant Based Probiotic Gummies For 2022